Traveller5 is the newest edition of the most popular and successful science-fiction role-playing settings of all time. Chronicling the high tech future of a star-spanning empire and thousands of worlds, species, and cultures. Traveller is filled with challenges and adventure. With rules for character creation (including androids, genetic engineering, aliens, and robots), combat, high technology, starships, and more, Traveller5 has everything players need to start playing in the universe of the far future.

Space Opera Action in the Interstellar Empire the the Far Future!

Continues the key game elements that have inducted both Traveller and Traveller designer Marc Miller into the Adventure Gaming Hall of Fame. 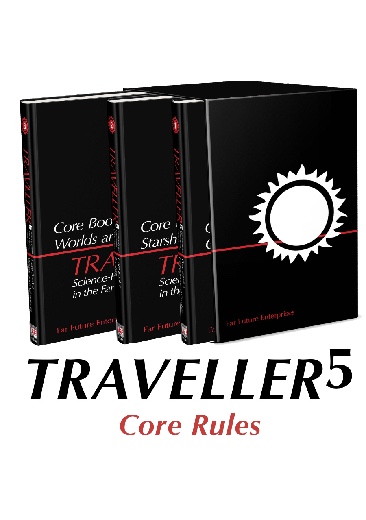