CDROM- Journal of the Traveller’ Aid Society 1-33
Availability: In Stock

The Journal of the Travellers Aid Society takes its name from the fictional Travellers’ Aid Society (TAS) that was first mentioned in the original incarnation of the Traveller game published by Game Designers Workshop [GDW]. In the Traveller universe, some characters obtain membership in the TAS during character creation. The TAS is an organization that supports ‘transients,’ or ‘wanderers’ [‘Travellers’ in the game’s terminology] around the galaxy. It maintains low-cost hostels at larger starports. It publishes a ‘system rating system,’ (which warns of the local dangers). Problematic worlds are rated Amber (or Amber Zones) and truly deadly worlds are rated Red (or Red Zones). 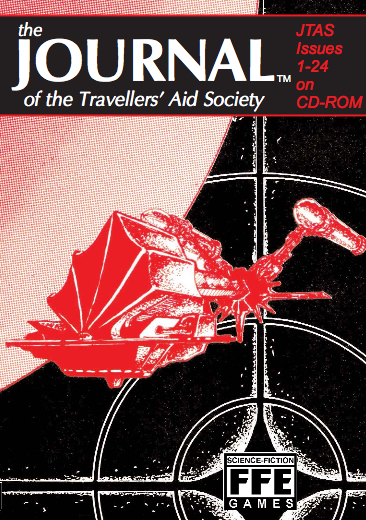